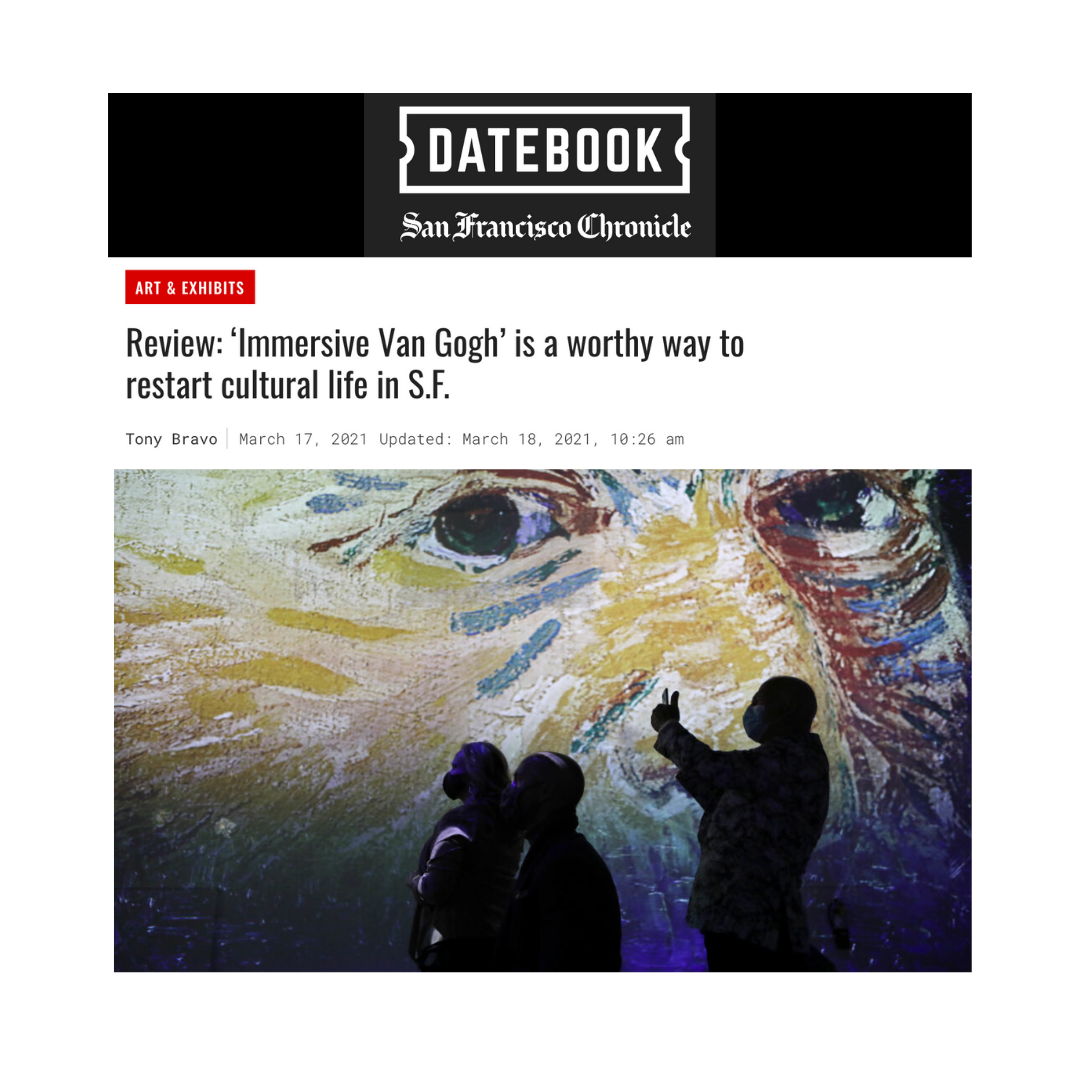 The ads for “Immersive Van Gogh”  have been hard to miss. Portraits of the Dutch painter against San Francisco landmarks in his swirling, post-impressionist style have become akin to the once ubiquitous Shen Yun posters.

Now, after all the attention wrought on the computer-animated, projected spin on Vincent Van Gogh’s most famous works , many are likely wondering if it lives up to the hype. After a year without in-person art-going, the experience is a worthy way to resume cultural life now that tiers are rolling back and the vaccine is rolling out.

There’s already a demonstrated hunger for this attraction. More than 120,000 tickets have been sold in San Francisco, the highest presales yet for the traveling “Immersive Van Gogh,” designed by Toronto company Lighthouse Immersive and Massimiliano Siccardi.

After the ribbon-cutting  on Tuesday (opening to the public Thursday) I can tell you that there is a lot of sensory stimulation during the 38-minute runtime, especially for people who have been looking at media on small screens and not surrounded by it on four, two-story walls. But the experience’s intensity may be a jolt we collectively need coming out of our hibernation.

The Mercury News – 7 incredible Bay Area things to do

Art that moves: Van Gogh’s journey to Vincent, in a nutshell